Bonnie Blue: James Cotton's Life in the Blues, a feature documentary plus a live performance with James Montgomery and Friends 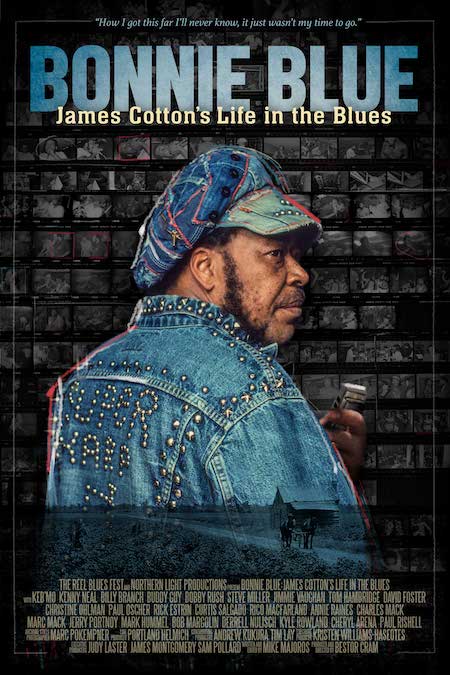 
Born in 1935 on Bonnie Blue plantation in Tunica, Mississippi, apprenticing with Sonny Boy Williamson II and Howlin’ Wolf, and schooled by Muddy Waters, James ‘Super Harp’ Cotton became a mentor to harp players around the globe as he brought the delta blues into mainstream rock ‘n roll. Cotton’s journey tracks America’s history and his story is one of empowerment during a time when the weight of racial inequity made the journey seem impossible. Bonnie Blue: James Cotton’s Life in the Blues is a unique portrait of an era and its impact today. Overcoming early poverty, racism, and other challenges, Cotton toured with some of the greatest musicians of his day: Steve Miller, the Rolling Stones, and B.B. King, to name a few, as he developed a unique musical style and put the harmonica on the map, ultimately winning a Grammy and being inducted into the Blues Hall of Fame. In addition to stunning archival footage, the film includes contemporary interviews with other notable blues musicians filmed in music sessions in a Fall River mill and at the Narrows. Cotton’s music made history; his musical voice was unique, and the blues were never the same.