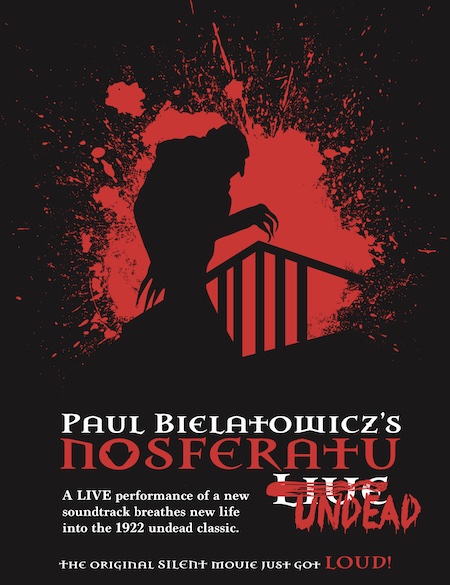 The 1922 silent horror movie “Nosferatu” has been terrifying audiences for 100 years. Join us on Halloween weekend for a Spooktacular live performance of a new rock soundtrack that breathes new life into the undead classic.

Mike Dutko: Bass & Vocals
Boston-based bassist Mike is a founding member of the cutting edge rock trio Groundlift, produced by Steve Evetts (Dillinger Escape Plan, Sepultura, Symphony X). A graduate of Berklee College of Music, when not playing with Groundlift, Mike can be found doing sessions and performances with artists from a wide variety of genres.

Leah Bluestein: Drums & Vocals
Leah plays shows around the world with the Video Game Orchestra and has a busy session schedule playing and recording in many styles. While at Berklee College of Music, she joined rock trio Groundlift and have played shows in some of the country’s most iconic venues and opened for acts such as Richie Kotzen (Poison, Mr. Big, The Winery Dogs).

Here's a taste of what to expect: