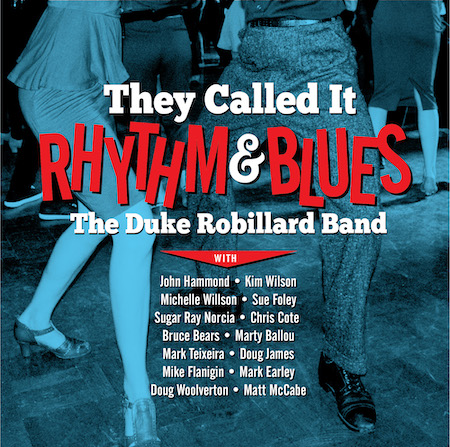 
The Duke Robillard Band is set to release new CD, They Called It Rhythm & Blues, on March 18. They will celebrate the release of the new album with a special show at The Narrows Center on March 25!

Duke Robillard has been defined as not merely a great artist, but also a true historian, scholar and curator who is adept at electric and acoustic blues, jazz, jump, swing, ballads and standards. He proves that with the fluency he demonstrates on this album that visits the music that defined what came to be called “Rhythm & Blues.” Grammy-nominated and a five-time winner of the Blues Music Award as best guitarist, over his 50 plus year career Duke has been a prolific songwriter and is considered a blues guitar master.

Duke Robillard is effusive in his praise for his special guests on They Called It Rhythm & Blues and the magic they helped create in the studio. “I have to say, I couldn’t be more pleased with the outcome of the sessions for this album. It’s just a damn good representation of my band, the guest artists and the music we chose to record. I threw in a few of my own tunes written for the occasion also, and it makes a pretty well-rounded package I believe.