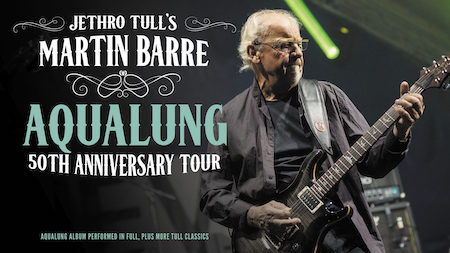 2021 will be the 50th Anniversary of Jethro Tull’s legendary ‘Aqualung’ album release.  The live show touring worldwide and performed with the Martin Barre band will be playing the Aqualung album in full and in sequence, together with other massive Tull classics. The USA Tour will also include former Jethro Tull members Clive Bunker and Dee Palmer as part of the line up!!!