Sarah Borges and the Broken Singles 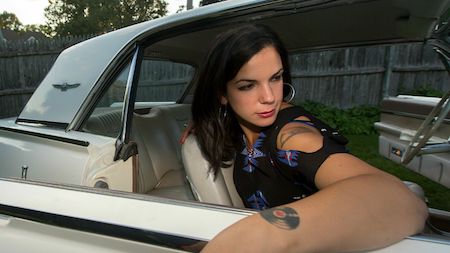 Sarah Borges's unbridled joy at making music two decades into a storied career comes through loud and clear in her latest long player, aptly titled Love's Middle Name. Her third studio record with The Broken Singles, Love's Middle Name is a muscular 10 song cycle that pulses with raw, gritty, unfettered emotion. As the kids like to say: this record has all the feels.
About the opener:

A songwriter's songwriter, known for his lyric craft, distinctive voice and soulful songs steeped in classic rhythm & blues, pop, jazz, folk and country, Milton first gained notoriety in his hometown New York City when his song 'In The City' became a hit on New York's WFUV radio. His live performances, which include material from every one of his albums, are praised for their wit, humor, and captivating charm.

Milton has toured extensively throughout the states since 2005, as a headliner and appearing as support for his hero and mentor Chris Smither in addition to shows and tours with Joan Osborne, Steve Earle, Dave Alvin & Jimmie Dale Gilmore, Sonny Landreth, Colin Hay, Kat Edmonson, Josh Ritter and many more.