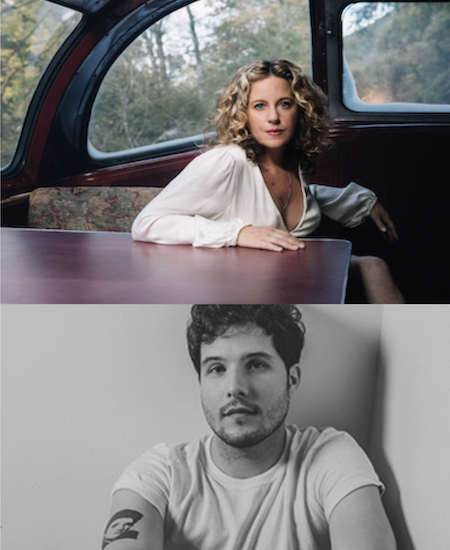 A Benefit for the Westport River Watershed Alliance

Singer-songwriter and multi-instrumentalist Amy Helm's third album, What the Flood Leaves Behind, is her most autobiographical yet, both in content and creation. Due out June 18th via Renew Records/BMG, these 10 songs represent a gathering of ideas and experiences, friends and collaborators. Yet, the album also marks a landing - a pause for the traveling musician and mother of two young boys who was seeking clarity in her calling and career.

After making multiple albums and performing in far-flung places, Helm returned home to Woodstock's Levon Helm Studios just before the pandemic to record What the Flood Leaves Behind and reclaim a sense of self.

"Going back to the place where I learned so much about how to express music, how to hold myself in music, how to listen to music," she begins, "it was humbling in a funny way. I could see clearly where I came from and where I am now in my life. I was singing from a different place now and for a different reason."

An impressive group of friends and collaborators joins Helm on What the Flood Leaves Behind. With musical polyglot Josh Kaufman (whose credits range from Taylor Swift's Folklore to the Grammy-nominated Bonny Light Horseman) producing and contributing on piano, guitar, and mandolin, the record brings Helm's powerful, emotive vocals to the forefront of the album.
Brian Dunne is touring behind his critically acclaimed latest release "Selling Things". Hailing from the Red Roof Inn, the driver's seat of a Honda Fit, the floor of the airport, the guest bedroom at your Aunt's and Uncle's house, the back seat of a 15-passenger van, and New York City, Brian Dunne is the companion you never knew you wanted. Equipped with a Telecaster, a Gibson Hummingbird and 17 dollars, he is coming to your town to play his guts out and then stand by the merch table.

In case of rain, this concert will take place on Sunday, July 11th. We will notify all buyers by Saturday, July 10th at 1pm. Tickets are non-refundable