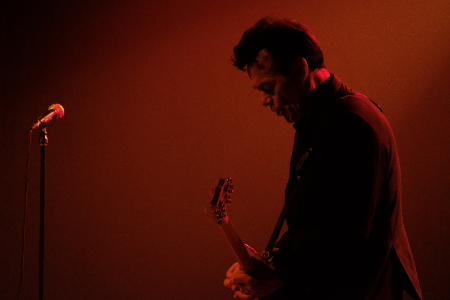 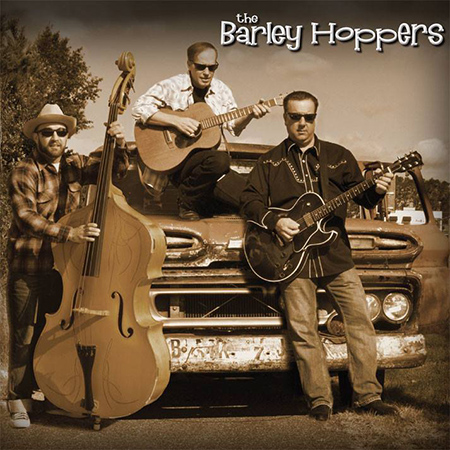 $38 Advance | $41 Day of Show
Doors 7pm | The Barley Hoppers open the show at 8pm!
**This show has been rescheduled from Friday, June 19th to Friday, February 19th. All tickets for the original date will be honored for the new date. Please contact the box office at 508-324-1926 or boxoffice@narrowscenter.org with any questions.**

It's been 10 years since the Englishman James Hunter burst onto the scene with his U.S. debut People Gonna Talk (GO/Rounder 2006), topping the Billboard Blues chart, earning a Grammy-nomination, and attracting universal acclaim from critics and his fans -- including Van Morrison, Sharon Jones, and Allen Toussaint.

Over the last decade, he's toured extensively around the world on the club, theatre, and festival circuits, steadily growing a dedicated audience comprised of hardened gig-goers, old-school baby boomers, and young hipsters alike. His follow-ups The Hard Way and Minute By Minute (GO/Fantasy), further cemented Hunter's reputation as a soul powerhouse, heralded for his talents both as a live performer and perhaps even more so as a songwriter, with The New Yorker describing his "tight, taut compositions" as "rooted in American soul music without being bound to it."

Now Hunter is back with his fourth album, Hold On! marking his debut on Daptone Records, America's premier soul imprint and Hunter's second collaboration with famed producer Gabriel Roth aka Bosco Mann. It also marks a cumulative and consecutive total of 48 original songs written exclusively by Hunter, without resorting to a single covered recording. At age 53, Hunter feels he has finally found his home for making music. "The great thing about working with Gabe is that he can get our tunes on tape exactly the way I heard them in my head when I was writing them," explained Hunter. "It's a rare thing when a producer knows what you're going for before you've told him. It's good to be associated with a record company that 'gets' us."

And the feeling is mutual. From Roth's perspective, "In today's R&B world, littered with retro-soul cronies, ear-twisting melisma, and hollow affectations, James has a voice that stands out not only for its natural beauty and grit, but for its honesty. His songwriting shares the masterful architecture and the inspired creativity of Smokey Robinson, each rhyme and rhythm crafted meticulously, somehow twisting familiar themes into unfamiliar new shapes."

Though tunes like "(Baby) Hold On," "If That Don't Tell You," and "Stranded" carry the buoyant energy, crackerjack arrangements, and tough soulful pulse for which the band has become renown, the true treasures of this LP may lie in the deeper grooves. Rumbas, boleros, bossanovas, and easy rockers, each one swinging more than the last: "This Is Where We Came In," "Something's Calling," "A Truer Heart," "Light of My Life," "In The Dark" -- no clichéd throwback nods to a-time-gone-by here. These are forever songs crafted with immaculate care and ingenuity and sang with an effortless balance of tenderness and grit. The word "authentic" will be bandied about this album, but it really has no place here. Hunter's words are truly his own and though at moments his voice may "evoke" Ray Charles or Sam Cooke, there lies an inherent naturalness in these songs that bucks any comparison past or present.

James Hunter was born Neil James Huntsman in Colchester, Essex in October 1962. He left school at 16 to work mending signal boxes on the railways. Introduced to rock'n'roll and rhythm'n'blues via his grandmother's collection of old 78s, he quickly fell in love with the genre and began to develop his sound as a teenager. His first experience of playing live didn't occur until he was 22, when his group performed at Colchester Labour club ("we were dreadful"), but his career swiftly started swinging as powerfully and jubilantly as his music. Adopting the moniker Howlin' Wilf in honour of one of his biggest inspirations, in 1986 he cut an album titled 'Cry Wilf' for the independent Big Beat label with backing band The Vee-jays. Early the following year, he enjoyed his big break when the band made an appearance on Channel 4's Friday teatime music show The Tube.

Howlin' Wilf & The Vee-Jays became a popular fixture on the UK club circuit, and in the early '90s they caught the eye of Van Morrison, who asked them to back him at the Belfast Telegraph Awards in 1991. Subsequently, Hunter was invited to sing backing vocals with Morrison's touring band -- he appears on 1994's A Night In San Francisco live CD and on 1995's studio album 'Days Like This.' Returning the compliment, the Belfast soul man sings on Hunter's 1996 album Believe What I Say.

By the early 2000s, however, Hunter found himself down on his luck and working as a labourer in west London but soon realised it was more lucrative and better fun to earn a living busking. The low point came when a homeless female squatted down and relieved herself in front of him while he performed in the street ("Everyone's a critic!"). Slowly pulling himself out of this slough of despond, with his trusted Six he cut the album that would ignite his career -- 2006's People Gonna Talk, and relaunch his career.

In the decade since, Hunter has worked tirelessly on the road and in the studio, honing is craft. However Hold On! is something deeper than just another notch in his belt. From the driving stompers, to the bubbling rumbas, the record drips with the rawness and feeling that Daptone fans have become accustomed to, and cuts straight to the soul of the man who James Hunter fans have come to love. It is truly an artist's vision come to fruition.

Formed by Stan Kozlowski and Ray Reniere after discovering a mutual interest in oldHonky Tonk, Sun Records, Surf, and Swing music, they have been performing their unique blend of music-- not normally found in New England, but in the roadhouses of Texas and Tennessee — to delighted audiences in the area.

In their bag of tricks you will find old Honky Tonk and Country, early Rock and Roll, Surf, Rockabilly, Blues, Swing and sometimes even a little Tex-Mex and Cajun thrown in — all played with the spirit and energy of the original masters of good ole', down home American music (and a few English guys too for good measure). Simply put: BBQ eatin', beer drinking, partying, dancing, and good-time music!