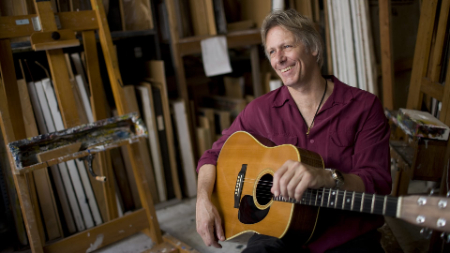 **This show has been rescheduled from Friday, March 20th to Saturday, June 20th. All tickets for the original date will be honored for the new date. Patrons unable to attend this new date have until April 15th to request refunds. Please contact the box office at 508-324-1926 with any questions.**

Growing up in Suffern, NY with a household of artists, including his father, grandfather, and sister, he separated himself by picking up a guitar at the age of 10 and mapping out a life in music before he ever attended a little league game. Since then it’s been a long and well-traveled road in the world of music.

Jon has released 10 albums to date, which includes both the Pousette-Dart Band and solo albums.