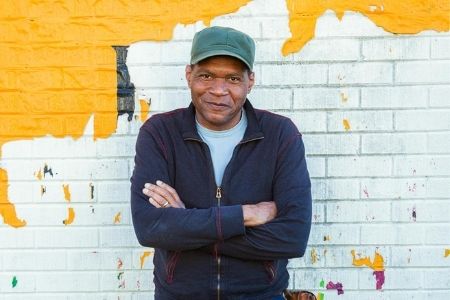 That's What I Heard
"Hearing is a funny thing. It's not just receiving sound — it's understanding and interpreting it, making sense of the various vibrations swirling around our heads. That's how two people can listen to the same thing, and come away with opposite impressions.

The sounds may be the same, but the comprehension isn't. That's What I Heard as the title for this, but it does kind of fit. For example, the first time I played the album, I was struck by what seemed to me to be a distinct Sam Cooke vibe to the music, an impression initially sparked by the rollicking gospel groove of Burying Ground, but also by the sweet singing and classic 6/8 feel of You'll Want Me Back. It wasn't just the churchiness of the former, nor the tuneful sophistication of the latter; it was the way those two elements intertwined to create a feeling that was just as evident in the other songs.

Imagine my surprise, then, to hear drummer and producer Steve Jordan a week later, describing his vision for the album. 'I thought if it we could get this thing that Sam Cooke used to have, the kind of sound that early Sam Cooke records had, that we could pull this off,' he said. Hey, that's what I heard!" - Robert Cray

From Jordan's perspective, getting that sound had two components. First, the artist has to be able "to perform at a live capacity, a very high level," he said "The way Robert sings and plays, that's at the highest level. So, boom. We got that." The second requirement is having the environment and personnel capable of capturing that sort of energy. In an age of bedroom studios and digital recording apps, there aren't a lot of people left who know how to capture that live-in-the-studio excitement. "Fortunately, the person who got that sound, I happen to know personally," Jordan explains. "And that's the great Al Schmidt," who Jordan paired with the equally excellent Niko Bolas. ("They're very close friends," he said.)

After Jordan put everyone into L.A.'s Capitol Studios — "one of the best studios in the world" — he had the perfect mix. "You have the great engineers, in a great studio, with a great artist" he said. "It's very hard to screw that up."

It also didn't hurt that Cray and his band came in hot from the road to begin work on the album. That much is audible in several tracks, most notably the irresistibly driving albumopener, Anything You Want.

"We were at S.I.R., rehearsing in Los Angeles," he recalled. "We just we were just killing time, and then the chords came out. I started playing, and everybody fell into it, and it was there. We were in the mood, you know?"

In many ways, Anything You Want is classic Cray, with a blues heart powering a popsavvy melody, and a lyric that's less about love lost than the difficulties in keeping love around. The verse is three-chord simple with a sly turn-around on the bridge, but what makes the track work is the way each player does his part, with new drummer Terrence F. Clark laying down a rock-solid backbeat while Richard Cousin's bass provides funky counterpoint to Cray's jabbing rhythm guitar, and Dover's organ fleshes the sound out with a comfortable cushion of chords. Naturally, it ends with a guitar solo in which Cray, alternately gruff and lyrical, pushes the groove into overdrive.

Burying Ground, which follows, is likely the album's biggest surprise, a sacred song from the Sensational Nightingales, inspired by Cray's youth, when Sundays on the stereo were reserved for his parents' gospel records. "The Sensational Nightingales music has been around all my life," he said. But even though Cray describes the Nightingales' Julius Cheeks as "one of my heroes," he doesn’t try to imitate Cheek's legendary roar, instead bringing a sad sweetness to the repeated cry of "way over yonder."

The album's R&B covers fall into two camps, the sweet and the funky. Of the former, You're the One comes from the Bobby "Blue" Bland songbook. Cray's version, coloured by his jangly rhythm guitar, has a more pronounced 6/8 feel, and his singing is more insistent, making it feel more like a statement of love than Bland’s relaxed, almost resigned, rendition. "There's this thing where I feel you kind of gotta get out of your own head when you're covering one of your heroes," Cray explained. "Bobby's one of those. You just let yourself go, and do the song because you love it."